The word “Chinese Food” is as very ambiguous. To Americans it tends to signify crab Rangoon, 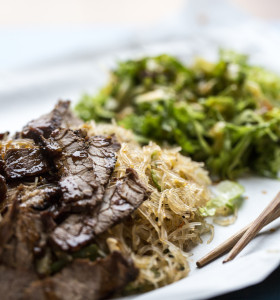 egg rolls, and deep-fried bits of mysterious meat drenched in MSG infused sweet-salty syrups. But the reality is that Chinese food is arguably of greater range and variety than any other cuisine on Earth, including European.

To begin, there are far more Chinese people than any other ethnicity on earth. The Mainland has 5 times the population of the US. But most fascinating is that ethnically Chinese people have substantial communities in virtually every county in the world. They dominate the economies of Southeast Asia, and increasingly so in British Columbia and Australia. There are large populations in Africa, Europe, and the US as well. Every place the Chinese go, they bring with them their cuisine which becomes known as “Chinese food” in that region. 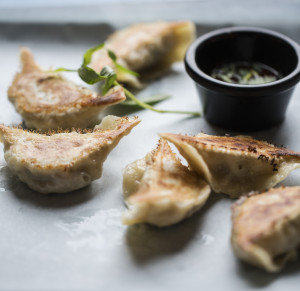 The reality is that Chinese food is “a way of cooking” rather than a book filled with key ingredients. That statement sounds abstract, so let me explain. The greatest innovation Chinese cooking brings to the table is its simplicity of concept, (though impossibility of mastery). The dishes vary greatly depending on available ingredients and local tastes, but the presentation is of great similarity world-wide. This is because the concept is taking available food and using hot oil, salt, and any variety of other available flavor enhancing ingredients to bring that particular food into a locally desirable state of flavor and texture.

So rather than taking something like eggplant, salting it to dehydrate it, deep frying it with potatoes and onions, adding stiff spices like cinnamon and clove, and smothering it with béchamel like a particular European dish might, the Chinese cook will use the eggplant as the feature. In other words, ingredients added to the eggplant might be only fresh garlic and chives, and the emphasis is placed on oil temperature, how quickly to mix it, when to add each ingredient, and so on, with the intention of serving a dish that deeply respects the essence of eggplant with the goal of developing the best tasting eggplant possible. Chinese cooking respects the essence of each protein or vegetable and strives to debut it in stunning splendor. The cooks focus is not on an outcome that has not been tasted before, but rather the process that will bring the dish to its peak.

This is not to say mixing does not occur, as in European dishes, but it happens in a different way. Chinese cooks “pei cai” or pair foods. Traditionally, a table is filled with a variety of dishes, and each dish is meant to compliment the others. Rather than eating on plates, where each side has its place and is meant to be eaten in relative isolation, like the European style, the Chinese use bowls. As the meal progresses, dishes begin to mix together in the bowl and eventually every dish is mixed together by each eater. The meal is traditionally followed by a watery soup that is mixed with every remaining morsel of rice and consumed in its entirety.

Within China there are countless versions of Chinese food, perhaps most famous are Cantonese, Hunan, and Szechuan styles. Yunnan province, where Lona is from, is a wild montage of influences from China, Thai, Burma, Tibet, and the Middle East. The Chinese way of cooking is a dominant way of preparation in the province. Due to the incredible variety of ingredients in Lona’s sub-tropical homeland, the flavors produced using the Chinese concept of cooking is equally incredible and very specific to her homeland.

However Lona’s area does not stop at stir-fry and will fill the table with salads, stews, BBQ and pickles.

Come get the real deal!