Soulard might be the funkiest neighborhood in St Louis. It is the location of the 2nd biggest Mardi Gras in the world, and home to myriad locally owned bars and restaurants often filled with jazzy vibes. Mardi Gras hosts not only Mardi Gras but such hugely popular events as Octoberfest, the Dog Parade, and Hispanic Festival. Soulard often hosts pub crawls. Soulard Farmers Market is a huge attraction, featuring locally run stalls of fruits and vegetables, street food venders, and local street musicians. The Soulard Farmers Market grounds allows open alcoholic beverage containers and always offers a lively scene every Saturday until its close at 5:30 pm. 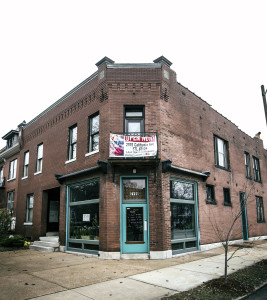 Soulard is a French settlement dating back to the late 18th century when Missouri was still controlled by the Spanish Empire. Soulard then very briefly became a French territory only to be purchased by the United States with the Louisiana Purchase. Soulard continued to be a French Catholic neighborhood throughout most of the 19th century. Soulard’s architecture is still very reminiscent of a French settlement. Large cathedrals dominate the horizon. The buildings tend to be situated right along the streets and sidewalks, with ornate iron gates and balconies and walled-in courtyards in the rear.

Soulard is a large neighborhood. Anheiser Busch makes up its southern border at Arsenal Street, where as Highway 44 and then Tucker make ups its Western border. Chouteau heads off its north and then it runs clear to the Mississippi River.

Soulard restaurants and bars have a historically charming aura. Some of St Louis’ most well known restaurants are in Soulard. One particular Soulard restaurant is even known internationally. When I travelled in Ireland, on two different occasions when locals learned I hail from St Louis, I was asked if I know McGurks. McGurks is an Irish pub on Russell, in the heart of Soulard. The pub hosts Irish musician who for periods of time live above the pub and play several evenings a week. Apparently the bar is well known among Irish musicians interested in taking a vacation to the United States to play music and site see.

Soulard restaurants generally incorporate live musical performance into the ambience. While McGurks hosts Irish performers, bars like the Great Grizzley Bear and Hardshell 1860 host jazz, blues, and classic rock musicians. Galleries, bars, and restaurants in Soulard have long been a firm South St Louis anchor of local culture and commerce. From Soulard other neighborhoods in the area have stabilized over the last few decades. Lafayette Square, now a St Louis gem was once decimated by tornado and then virtually abandoned. It has since become one of St Louis’ fanciest neighborhoods. Benton Park, which is one of St Louis’ hottest young neighborhoods was a high crime area that is now a high rent district filled with quant neighborhood restaurants and cafes. This development continues to spread to neighborhoods like Mckinley Heights and Fox Park, where Lona’s LiL Eats has opened its first brick-and-mortar restaurant.

Everytime I walk the streets of Soulard I notice a building of breath-taking splendor I had not seen before. Even familiar buildings possess any number of intricacies one can feast their eyes on one dormer or cornice at a time. Soulard is a must-see St Louis district.

Come see us in Soulard today!